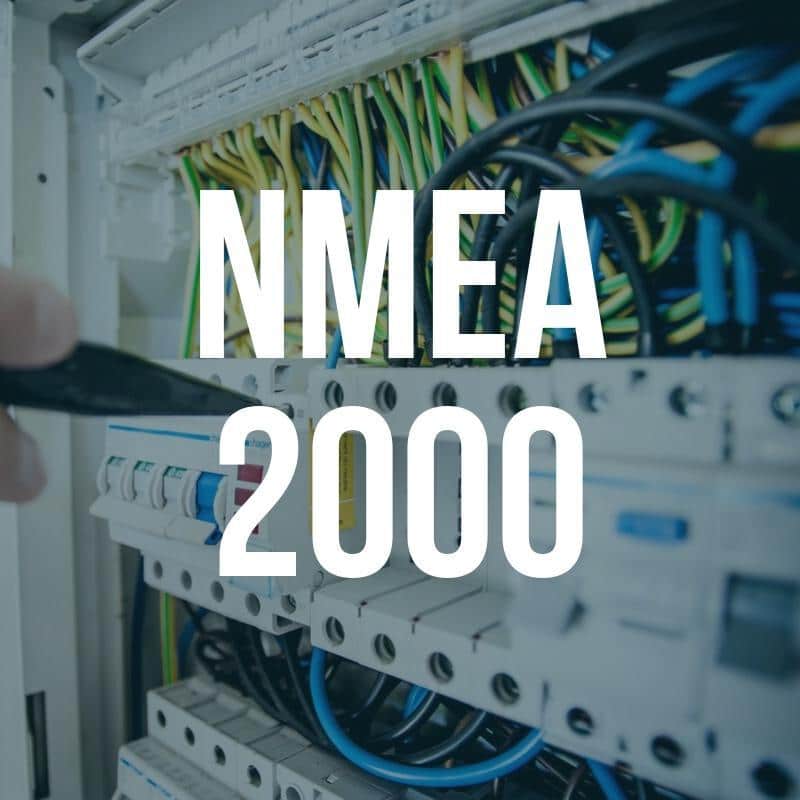 What is NMEA? In the past, most electronics were used independently. They had no connection to one another or on any onboard network. Today, thanks to NMEA, most marine electronics can be connected to one unifying network. NMEA stands for National Marine Electronics Association, the industry responsible for creating the standard marine electronics’ digital language. With the help of NMEA, marine gadgets are able to view, monitor, and easily share data with one another which helps immensely in emergency situations to reduce the time to reach a distress signal or pinpoint a location.

What NMEA Standards Can You Find In Marine Radios?

There are currently two NMEA specifications being used today: The NMEA 0183 and the NMEA 2000. NMEA 0183 is the international standard released by the NMEA in the year 1983. Thirty years after in 2001 the second one which is its successor the NMEA 2000.

NMEA 0183 uses a basic ASCII serial communications protocol that defines data transmitted from one source to multiple receivers. Basically, each “bus” can have one talker but multiple listeners. The data which can be in printed ASCII form can include information such as speed, position, and depth.

On the other hand, the NMEA 2000 is a form of plug-and-play communication tool used by marine electronics to share data with each other, although it also can serve a variety of other purposes as well. For instance, it can also be used to monitor engines, pilot steering systems, and supervise onboard fire and electrical systems. NMEA 2000 is self-configuring which means you don’t have to set it up, and you don’t have to be a tech expert to get the equipment to run.

NMEA 2000 is based on Controller Area Network (CAN) which is the standard originally followed by the automobile industry. Just like NMEA, CAN was designed to allow automobile devices to communicate with each other without the need for a host computer.

NMEA 2000, also called N2K is not compatible with NMEA 0183. It is considered an improvement over the previous NMEA 0183 which doesn’t support both multi-talker and multi-listener data networks. It also has a significantly higher data rate and a more compact binary message format whereas NMEA 0183 only used ASCII serial communications protocol. Furthermore, NMEA 2000 is 26x faster than NMEA 0183 when it comes to sharing commands, data, and status.

Why Should You Purchase NMEA Certified Devices?

When a device is NMEA 2000 certified, it means that it has been tried and tested for safety criteria and correct messaging and network management implementation. All NMEA 2000 certified products are encoded on the NMEA website, which is why dealers and buyers need to look for these certifications when purchasing a marine radio.

While not all devices have NMEA connectivity the majority of newer ones will. In order to ensure all your devices are “speaking” to each other, you will need to have a backbone cable that carries the information between all the devices. They will connect to the backbone through various connectors; one a device is connected to the backbone it will start communicating with the other connected devices. One of the best features of NMEA 2000 is that any display unit connected to the backbone can function as a master control panel and display all available data.

Additionally, should any device fail it is easy to determine which device simply by unplugging each device to figure out which one is the cause of the issue.

Here’s a sample list of marine electronic devices to include in an NMEA network:

Looking for a reliable marine VHF radio that supports NMEA 2000? Check out these two:

ICOM M506 - is a fixed mount VHF marine radio with an integrated AIS receiver and NMEA 2000 connectivity. It has all the basic features you need for a good marine radio including Active Noise Canceling tech, Last Voice call record function, and a Waterproof rating of IPX8. ICOM M605 - is another high-quality fixed mount VHF radio that supports NMEA 2000. In fact, Icom’s M605 has received the award for NMEA’s Best VHF Product in 2017. What makes this VHF radio stand out the most, is its flexible system configuration which allow users to set up the device in up to three stations. This means you can remotely control up to three devices using your M605. It can also be used as an intercom between units! Looking Into the Future

NMEA is continually growing and even beginning to dominate the markets in Europe and Asia. As consumers needs arise we may see more updates and more useful functions included in the next NMEA protocol.

Are you using an NMEA certified device? How did it help your sailing experience? Let us know your thoughts in the comments below.

About the author  Robert Finn

Robert has over 20 years of experience boating and selling boat equipment. His passion for the latest and greatest gear helps our clients find what they need. His favorite boating place is the Florida Keys.