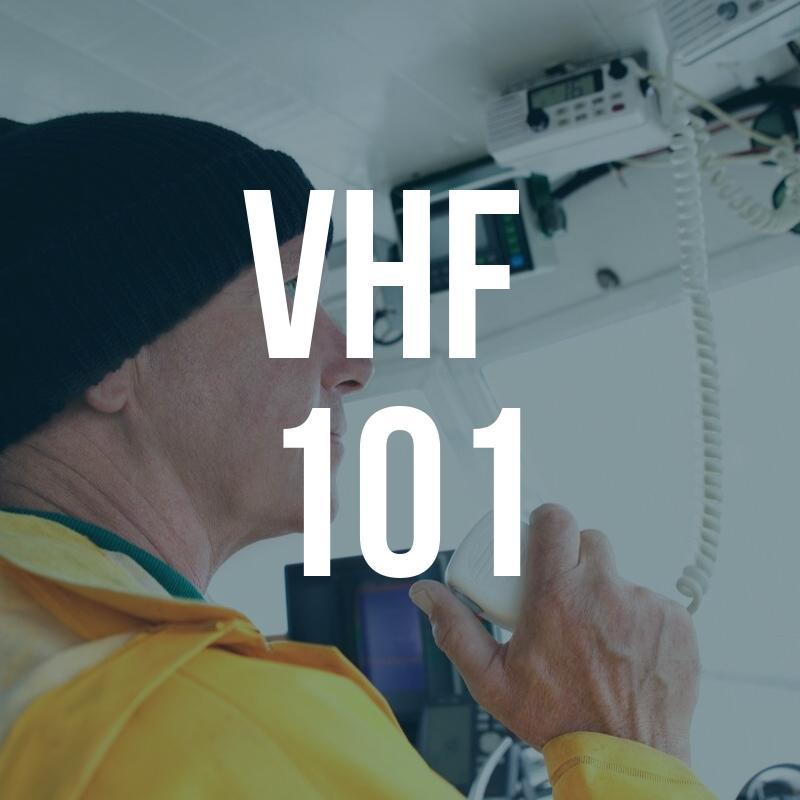 Just like other radios, a VHF marine radio is designed to enable reliable communication while boating. VHF radios function both from vessel to vessel and ship to shore although they are not used on shore. They’re also used for harbor calls and search & rescue operations.

Each VHF radio comes with its own receiver and transmitter which operates on a certain region specifically allowed by the device. “VHF” or very high frequency pertains to the frequency range between 156.0 to 174 MHz. VHF marine radios while not required by law (on personal craft) are an essential piece of your safety equipment.

Where are VHF Marine Radios used?

A almost all VHF Marine radios can work as both a receiver and a transmitter. It will operate using standard international frequencies or what is often referred to as “channels”. Today, modern VHF marine radios have loads of extra functions like DSC capability, channel scan, weather and waterproof tech that make the device more durable and useful.

Fixed or Handheld VHF radios have a variety of special features. Here are some of the most common VHF radio features:

How To Make a Distress Call:

A distress call or what they call a mayday call can indicate a serious life or property risk at sea. Nobody wants to be doing this BUT it’s crucial for everyone to learn how to do it. Boating emergencies and accidents can happen anywhere and at anytime. Engine trouble… super storms… and medical emergencies happen everyday on the water. By knowing how to make a distress call, you can better handle emergencies when they arise.

When a vessel issues a distress call on Channel 16, the caller has to follow a protocol in order to be understood and rescued as quickly as possible. Distress calls are constantly being monitored by the U.S coast guard so if you have a VHF radio on your boat, you can easily be rescued should an emergecy arise.

When your distress call is answered, you have to respond with the following details:

There are penalties for the misuse of distress calls so do not use the emergency channel for any other purpose than a life-threatening emergency!

VHF range can depend on a lot of factors. Usually, the range is determined by the position and length of the antenna. However, it’s worth noting that despite having a very high frequency and being less subject to atmospheric interference, VHF marine radios have a relatively short range. A handheld VHF can put out around 5 watts of power while a fixed VHF can put out up to 25 watts.

Essentially, VHF’s are “line of sight radios” which means your antenna needs to see the antenna of the other vessel in order to establish communications.

Topographical interventions like mountains can also affect transmission. So, in order to better communicate, consider adjusting your vessel’s antenna height. The higher you can place your VHGF antenna, the better you can communicate.

NOAA’s weather satellites are composed of two main types of satellites. The first one going by the acronym (GOES) or Geostationary Operational Environmental Satellite is used for short-range weather warnings while the second one, the Polar orbiting satellites are used for long-range forecasting.

Owning a boating vessel comes with responsibilities including learning safety precautions. To ensure safety while on local and international waters, various systems exist to provide search and rescue assistance or communications to ships in their region. Having knowledge on how these systems work will help save you in times of distress.

Note: This is the Official copy of USA VHF Channels as reported on Navigation Center (United States Coast Guard)

*Channel 16 is the primary channel used for distress alerts.

*Channel 13 is the channel used to contact ship(s) during a critical collision danger.

*Channel 22A is reserved for communication between US coast guards and private vessels. However contact must first be established on channel 16.

Now that you know a little more about VHF marine radios, their features and their use you can select the radio that will be best for you and your boating needs.