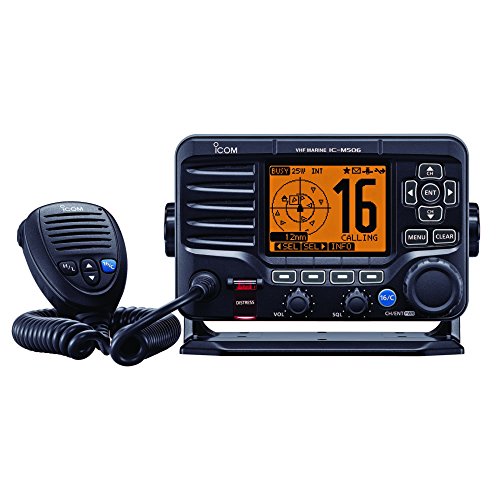 When it comes to safety on the water, next to your life jacket, nothing is more important than a fixed mount Very High Frequency (VHF) marine radio. Some seasoned sailors may even say that a marine radio is more important than your life jacket because it improves the chances of a rescue. If you spend a lot of time in your boat, then it is likely that you already know all this but how do you translate this knowledge into action?

For example, do you pay special attention to the quality of your fixed mount VHF radio? Did you make sure that you have the best possible one for your boat? There are, after all, multiple options available online.

About ICOM America and ICOM Incorporated

The ICOM M506 is manufactured by ICOM America which is a subsidiary of ICOM Incorporated. ICOM Inc. is a publicly listed company in Japan that traces its roots as far back as 1954. While ICOM began with a focus on providing equipment to the amateur radio industry, they have since made a name for themselves in professional-level communication equipment suited to marine, aviation, and land based vehicles.

What Are the Advantages of Choosing the ICOM M506 There’s even a special water resistance feature of the ICOM M506 known as the AquaQuake. The purpose of the AquaQuake feature is to drain the water out of the speakers so that its sound output doesn’t get garbled.

Speaking of sound output, this fixed mount VHF radio’s output quality and volume is the best in the industry. Its audio output of 15W puts many of its competitors to shame. High sound output is important because it makes the transmission easier to hear even in conditions like engine noise and strong winds. With a higher sound output, transmissions will always be clear and you’ll never miss any crucial information.

Another great aspect of this fixed mount marine radio is that it offers the option of establishing a second station on your boat. The second station can be established with the help of an add-on called COMMANDMIC. You can set up your second station as far as 60 feet from the main unit and it’ll give you access to all the functions too. Furthermore, it has a soft-key interface which should make it easier for you to use the device.

Another unique feature that ICOM has provided in the M506 is last call recording. This functionality allows the last two minutes of your previous call being recorded automatically. However, you'll also have the option to manually record any call, if that is what you need.

This fixed mount VHF radio is also more compact than many of its competitors. It measures about 4.5 inches in depth and height, while its width is approximately 7 inches. Its smaller size means that it won’t eat up a lot of space on your helm, which should open up options for other equipment, if required.

Other features of the ICOM M506 and their respective benefits include:

What Disadvantages of the ICOM M506 Should You Be Aware Of

There isn't much wrong with the ICOM M506. It is a very solid device whose reliability ensures your safety in even extreme and adverse conditions. However, there is one flaw in the M506 that you need to consider very carefully before making the purchase decision.

This is the fact that it doesn’t have built-in GPS. This could be a deal breaker for many people because GPS or NAV ensures that your emergency or DSC calls carry your position information for rescuers to zero in on. If you don’t ensure that your VHF radio has GPS support, going to regions with minimal traffic i.e. farther from the shore could be risky.

Even so, the absence of an internal GPS module is balanced by the fact that ICOM has provided the option for an external GPS/NAV interface. So, the ICOM M506 you buy will be compatible with NMEA 2000 provided you get the latest version. Older variants will still allow external GPS module connection but only through NMEA 0183.

This is probably why certain buyers have complained that this fixed mount marine radio works with a NMEA 0183 device but doesn’t support NMEA 2000. It is also possible that these individuals have been unable to set up their device properly which is why they're facing this problem. The company clearly advertises that the ICOM M506 supports NMEA 2000. We doubt they’d do that and risk lawsuits if the device didn’t support NMEA 2000.

Comparing the ICOM M506 to the Standard Horizon GX2200 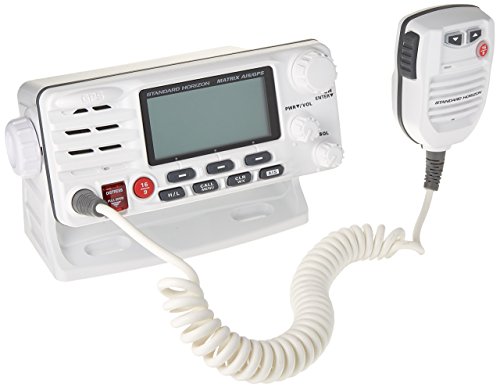 If you know and understand marine radio electronics, you will know that NMEA 2000, or N2K as it is commonly known, is more advanced than NMEA 0183. In practice, this means that N2K devices tend to offer more versatility, greater integration with other devices, and a better network control. Moreover, N2K devices support multiple users while NMEA 0183 only supports one pair.

There are multiple other areas where the Standard Horizon GX2200 falls short of the ICOM M506 as well. For example, it only offers an audio output of 4.5W while the ICOM M506 boasts of 15Watts of audio output. This means that its sound output is lower and may not be as audible on speaker as the M506’s.

The GX2200 doesn’t even have AquaQuake or the last call recording function. Absence of AquaQuake means that its microphone offers reduced performance when being used in a lot of water. Not having the last call function takes away a clear convenience too.

A much bigger limitation of the Standard Horizon GX2200 in comparison to the M506 is that it is only rated for IPX7 water resistance. When it comes to safety, even a single rating point can make a huge difference. Don’t you agree?

There is one area where the Standard Horizon GX2200 does better than the ICOM M506, though – GPS. The GX2200 comes with an inbuilt 66 channel GPS component which can be vitally important.

If you don’t already have a GPS or NAV system on your boat that you can connect to your fixed mount VHF radio, then you'll definitely want to go for the Standard Horizon GX2200. However, there is no fixed mount marine radio out there that offers a better feature set and real world performance than the ICOM M506.